ᐅAncestryDNA Vs 23andMe | Which One is Best for You? 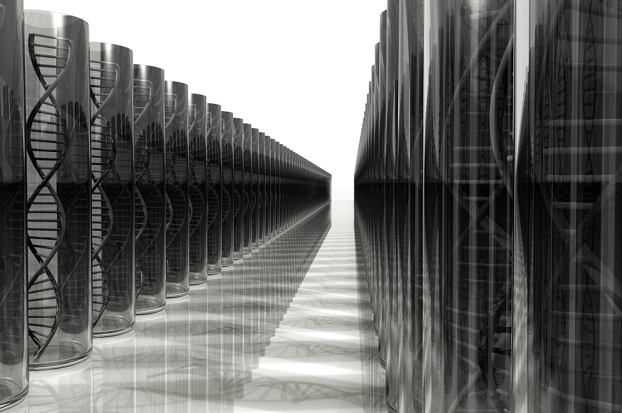 Which Genetic Testing Kit is the Best — 23andMe or AncestryDNA? Find Out in Our Detailed Review

Ever since DNA testing has become easier, people have been flocking to sites like AncestryDNA and 23andMe to find out where their roots are and who may be their long-lost relative. 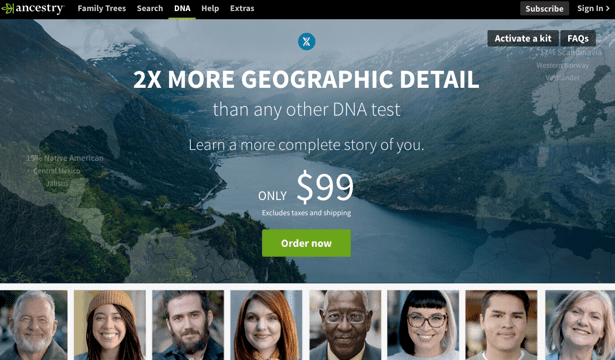 But as the industry has been growing, so has the number of options for DNA testing kits. And at around $99 each for an ancestry DNA kit review, you want to find the best one that’s going to give you the most accurate results.

In our AdvisoryHQ News DNA testing reviews, we’ve taken a look at companies like 23andMe and 23andMe competitors, like AncestryDNA. We’ve chosen these two top best genetic testing kits to do a side-by-side comparison.

Is 23andMe worth it for their more expensive genetic health testing? Which is more accurate, the Ancestry DNA test vs 23andMe testing? Do any of them sell your genetic data to large health conglomerates?

We’re doing a DNA kit review matchup to help you find the best kit for you! See which one will come out ahead: Ancestry vs 23andMe. The genetic testing game is on!

See Also: ᐅ 23andMe Review | Is it Accurate? A Scam or the Best DNA Test Service?

Each of these two companies is based in the US but have a different pedigree when it comes to ancestry and genetic testing. And while one may have been the first to offer consumer DNA kits, that one isn’t the oldest.

Ancestry DNA Test vs 23andMe Test – Which Test Was First?

Ancestry DNA vs 23andMe – Which Company is Older?

If we’re looking at how long each company has been around, then Ancestry wins out by over 20 years of history. Ancestry was first founded in 1983 and is based in Lehi, Utah.

23andMe was started in 2006 and is based in Mountain View, California.

Ancestry vs 23andMe – Claim to Fame

Whether you choose 23andMe or AncestryDNA for genetic testing, they each have their own bragging rights in certain areas.

23andMe is currently the only DNA consumer test kit company that offers the option of health screening in addition to the family history testing.

Ancestry has been well-known for years for their website where people can look up details about their family tree. It’s the largest for-profit genealogy company in the world.

Ancestry vs 23andMe | How They Work

The process of giving your DNA sample is pretty simple and painless, whether you’re using 23andMe or AncestryDNA. You don’t have to give any blood, just a little saliva which you spit into a tube.

Both best genetic testing kits work in nearly identical ways, so the instructions below are true for either Ancestry DNA or 23andMe home testing kits. 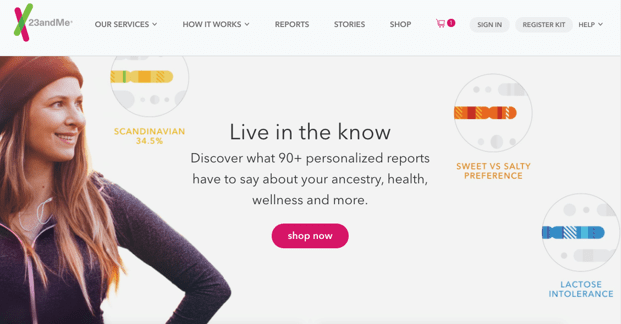 Ancestry DNA Test vs 23and Me – How Long Does it Take to Get Results?

Will you wait longer for test results from 23andMe or AncestryDNA? It’s going to be about the same time.

Both 23andMe and AncestryDNA say to expect results in about 6 to 8 weeks after you mail in your sample. We did run across DNA kit reviews for both companies where a few reviewers mentioned having to wait longer than 8 weeks.

One of the main issues with results taking a long time or never being received was that the sample wasn’t registered. Both companies state that it’s very important to register your sample online on the website with the barcode that comes in the DNA kit before sending it back.

Ancestry DNA vs 23andMe | What Do They Test?

Here’s where we get into some distinct differences between Ancestry vs 23andMe. You’ll get similar genealogy testing from both companies, but for an additional cost (we’ll get into pricing soon) 23andme gives several helpful health indicators.

Is AncestryDNA and is 23andMe worth it to find out more about your family tree? We’ll take a look at what you get in your results below with each best genetic testing kit.

What Type of Information Do You Get from AncestryDNA?

Ancestry’s DNA testing looks at over 700,000 locations in a person’s DNA. It covers both the mother’s and father’s sides of your genetic data.

Here are some of the things your AncestryDNA report will include:

Ancestry claims that their genetic test results have twice the geographical detail of any other DNA test.

What Type of Information Do You Get from 23andMe?

We’ll start with the ancestry reports offered by 23andMe first. They also include both the maternal and paternal haplogroups, which are simply groups of people both from your mother’s and father’s side of the family that share a common ancestor.

Here are some of the things included in your best 23andMe analysis:

A big benefit of 23andMe is the health reports. You can learn everything from whether you’re lactose intolerant to any genes that carry Parkinson’s disease markers.

In an extensive review of comments on their health testing service, we found that many thought the best 23andMe analysis came in their health data, which several reviewers said was very accurate.

Here are the types of reports you get with 23andMe’s health testing:

In a reporting matchup of Ancestry vs 23andMe, you get about 200 more regions covered from AncestryDNA reports, but 23andMe is the only one offering the health reports.

23andMe also states they’re the only genetic service available for consumers that includes reports that meet FDA standards for clinical and scientific validity.

Related: ᐅ Unbiased MyHeritage Reviews: Is MyHeritage DNA a Scam? Is It Legit?

Which One Costs Less, the Ancestry DNA or 23andMe Kit?

Whether you choose the test kit from Ancestry DNA or 23andMe, you’re going to pay the same for the heritage testing. Both companies charge $99 for an ancestry test kit, not including shipping.

If you’re wondering, “Is 23andMe worth it to get the health testing?” If you don’t mind paying $100 more, then you may think it’s a good deal. To get both the health and ancestry testing, 23andMe charges $199.

If you keep your eye out, you can occasionally find either 23andMe or AncestryDNA kits on sale.

Privacy is a big concern for many people. If they choose 23andMe or a 23andMe competitor, like AncestryDNA, they want to know where their personal DNA data is being shared and if it’s being sold to anyone.

Here’s what you need to know about security and privacy for Ancestry vs 23andMe.

Ancestry states that they use industry-standard encryption and security protocols on all the servers that store DNA and personal data.

They state that they will not share your genetic data with employers, insurance providers or third-party marketers without first getting your consent. You also have the right to request they destroy your digital data and physical sample at any time.

You can download your raw DNA data if you wish, to upload to other services that offer analysis reporting.

In a blog dated May of 2017, they state that Ancestry has not sold or provided anyone’s genetic data to insurers, employers, or third-party marketers.

23andMe also uses encryption to keep their servers secure. They state that they use separate databases for storing testing results from personally identifiable information.

Like Ancestry, they state that any permissions are within your control over where your data may be shared and that they only provide DNA information to law enforcement if required due to a subpoena or court order.

A big difference between 23andMe and AncestryDNA is that 23andMe began working with GlaxoSmithKline, a large pharmaceutical company, as of July 2018. They offer an opt-in to participate in research, in which case they will share your DNA results with them. However, the company states you can opt-out anytime.

23andMe also gives you the ability to download your raw DNA data and request your information be removed from their database and your sample destroyed.

Results of testing privacy for Ancestry DNA vs 23andMe

In the privacy area, we’d have to give a slight advantage to Ancestry, who is not currently working with any large pharmaceuticals, that we’ve seen. The fact that 23andMe is, might be concerning to some people.

Popular Article: Truthfinder Review | Is It Legit? A Scam?

Are there more Ancestry DNA complaints or 23andMe complaints? Which test do people trust more? We’ll find out next in these DNA testing reviews.

First, we’ll see an overview of scores on DNA kit reviews and rating sites, then read a few positive and negative highlights from each company.

Read More: Sittercity vs Care.com Review | Which One is the Best Site to Find a Caregiver?

When choosing between 23andMe or AncestryDNA, you can’t go wrong with either service. Both use professional laboratory testing standards and work hard to keep their cybersecurity protocols strong to protect your data.

Where these two services differ in a matchup of Ancestry vs 23andMe is in a couple of areas:

Looking at customer reviews of the two companies, they get similar overall ratings on review websites. When it comes to who has the best customer service, 23andMe or AncestryDNA, Ancestry gets higher praise for their customer support.

If we were only looking at the heritage service alone, then Ancestry would come out slightly ahead of 23andMe, but when you include the health service, that’s where 23andMe shines. 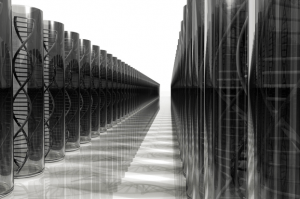