American Agriculture | Guide | Everything You Need to Know (Facts & Types)

Introduction: Types of Agriculture and the American Farmer

Perhaps your grandparents lived on a farm, or you remember hearing family stories of great-grandparents who used to farm in the old country.

But if you are like the vast majority of Americans today, you have little to no direct connection with the land since at least your parents’ generation. Farming in the USA has undergone a dramatic shift in recent years as the American farmer has been reduced to an afterthought.

While farming in America used to be our number one occupation, since the ending of World War II, many of those farms and homesteads have been left by the wayside.

American agriculture is no longer what it used to be, yet at the same time, there has been a push to reinvent USA farming in order to offer a viable alternative for agriculture in America to continue to be relevant.

In this brief article, AdvisoryHQ will look at everything related to American agriculture. We’ll begin by examining the agricultural facts related to the current state of farming in the USA before looking at some of the problems related to agriculture in the USA.

We then will turn our attention to some opportunities and bright spots that exist in the types of agriculture available to the American farmer while also listing some basic agriculture facts. We end by analyzing a concrete proposal offered by some of the leading thinkers in the world of agriculture in the USA called the 50-year farm bill.

The Current State of American Agriculture and USA Farming

When millions of migrants from Europe came pouring into the new world, many of them were escaping harsh political and economic realities of their countries in Europe. Stifled by a lack of land and economic opportunities, many of these new migrants came to the United States seeking abundant land and the freedom to practice the types of agriculture that were no longer possible in their home countries.

President Theodore Roosevelt once said that “Agriculture is now, as it’s always been, the basis of civilization. The 6 million farms of the United States…form the basis of all other achievements of the American people, and are more fruitful than all their other resources.”

According to the last census, however, American agriculture had been reduced to only 2.1 million farms, 4 million less than in the time of Theodore Roosevelt, and down 4.3% from the census of 2007.

There are a number of factors that have led to the decline of agriculture in the USA and USA farming. After World War II finished, millions of young men who were returning from the war were encouraged by the U.S. government to not return to the rural areas where they came from but rather to seek out opportunities in the urban areas of the country.

The Economic Development Committee of that time offered opportunities to the young American farmer to get him out of the countryside and into the cities where the growing industrial economy needed more sources of labor.

Earl Butz, the one-time USDA secretary under President Nixon, once admonished the American farmer to “get big or get out.” Many American farmers did just that. Since the traditional types of agriculture that they had grown up practicing were no longer profitable in the modern world of American agriculture, many farmers simply sold out and looked for other job opportunities in the growing economy.

Today, just 2% of the U.S. population consider themselves to be farmers. We will explore the agriculture facts related to these farmers below, but corn, soybeans, and wheat make up the vast majority of what is grown by farming in the USA. 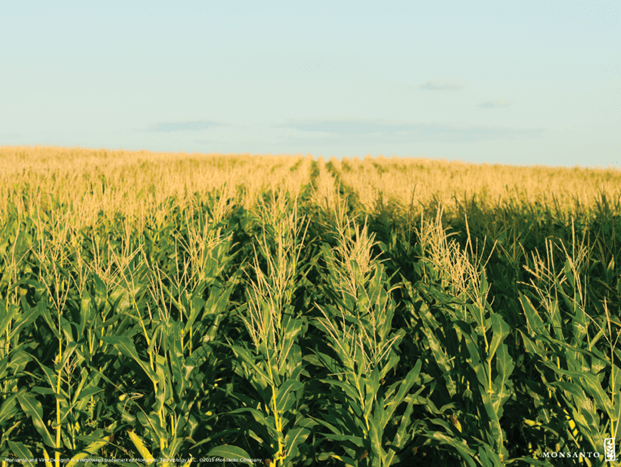 Problems Related to Agriculture in the USA

So what exactly happened to American agriculture during the last half century to turn in from one of the nation’s most prosperous and numerous occupations to one that employs only 2% of the nation’s population?

As the industrialized food system began to take over the landscape, small family farms that grew a diverse amount of foodstuffs for their own subsistence and for local sale could no longer compete with larger growers. USA farming became dominated by mega farms of several thousand acres that could mass produce thousands upon thousands of pounds of one type of crop.

While this did drive down the price of the commodity, larger farmers farming in America were able to subsist largely due to the volume of the crop they produced. As this monoculture style of farming began to replace other types of agriculture, the traditional American farmer simply couldn’t adapt because of the financial investment needed to purchase thousands of acres and expensive machinery.

One of the most interesting agriculture facts that many people don’t know about is how these types of agriculture are causing significant ecological damage. Agriculture in America is now almost entirely defined by the cultivation of large acreages of one type of crop, usually corn, soybeans, wheat, or alfalfa.

The annual tillage of these fields by large machinery has led to massive topsoil loss. A recent study in Iowa found that unsustainable farming practices in Iowa have led to the loss of 15 million tons of top soil in one of the nation’s prime farming states. Another of the agriculture facts related to this topic is that along with the loss of topsoil, millions of pounds of chemical fertilizers, pesticides, and other chemicals get washed into the watershed and water sources.

In the Gulf of Mexico around the Mississippi River delta, there is a dead zone or hypoxic zone that sometimes grows to the size of the state of Connecticut. This dead zone is caused by the effects of American agriculture and affects marine life in the oceans and the livelihoods of fishermen living on the coast.

Additionally, the quality of the foods that come from agriculture in the USA is another cause for concern. As the types of agriculture based on organic, diversified farms have drastically declined, the foodstuffs produced by mega-industrial farms are mostly handed over to the modern food industry.

Instead of eating a diet based on the consumption of fresh fruits, vegetables, and grains grown by American agriculture, the modern day industrial diet is an assortment of boxed and canned processed foods with reduced nutritional value and questionable chemicals and additives added to the product.

Another of the agriculture facts that can seem disconcerting is that the decline of diversified American agriculture tracks with the rise of serious health problems such as heart problems, high cholesterol, obesity, and the like. Without access to fresh fruits and vegetables and other unprocessed foods that were abundantly available when other types of agriculture were present in USA farming, the health of our population has begun to suffer.

Some Opportunities That Agriculture in America Presents

Despite the various serious challenges to American agriculture and the apparent decline of the American farmer, there are a number of current opportunities and agriculture facts that give reason for hope.

As more and more people begin to worry about the health effects of what they are eating, many small farmers have found a niche market in the local food movement. This branch of American agriculture is growing rapidly and also helping to stimulate the growth and health of local economies.

According to Statista.com 82 million people claim to purchase locally grown food from an American farmer who lives in their region. While this segment of the agricultural economy is still miniscule compared to traditional agriculture, it is quickly growing.

Furthermore, many consumers are willing to pay a premium price for foodstuffs produced by types of agriculture not dependent on massive inputs of agrochemicals.

As people wake up to the agriculture facts related to the health consequences of eating chemically-laced, processed foods, the small American farmer has a chance to make a comeback.

Some Basic Agriculture Facts Related to the Different Types of Agriculture

As more and more American consumers begin to show their preference for locally-produced, organic foods, it is worth considering some of the basic agriculture facts related to these types of agriculture. 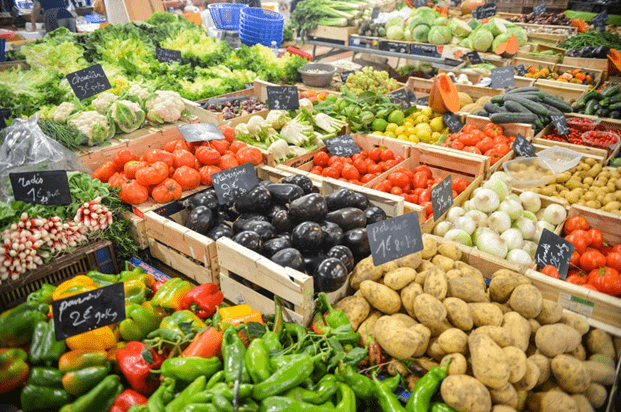 Farming in America and the 50 Year Farm Bill

Wendell Berry and Wes Jackson are two of the leading thinkers related to the reinvention of American agriculture. They have watched how small farmers in rural communities have all but disappeared during the last decades and have since come up with a policy initiative to try and rescue small scale agriculture in America.

The 50 Year Farm Bill is a solution to some of the major problems that agriculture in America faces. It was presented by The Land Institute along with a number of leading advocates for sustainable farming.

According to Wendell Berry, one of the co-authors, “this bill addresses the most urgent problems of our dominant way of agriculture: soil erosion, toxic pollution of soil and water, loss of biodiversity, the destruction of farming communities and cultures. It addresses these problems by invoking nature’s primary law, in default of which her other laws are of no avail: Keep the ground covered, and keep it covered whenever possible with perennial plants.”

As more and more people begin to invest in alternatives for American agriculture, the American farmer once again might find ways to ecologically and economically sustain their livelihoods. 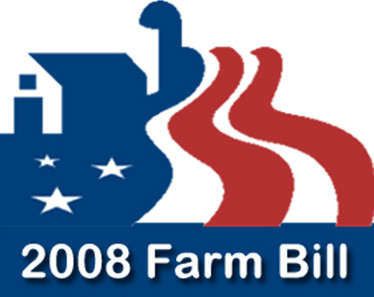 Conclusion – The Promises of an American Agriculture in Transition

American agriculture has undoubtedly been in decline during the last half century. Despite enormous gains in productivity that have come with the mechanization of agriculture and the technological advancements that have come out of the agro-corporation, the simple agriculture facts show that this form of USA farming is simply not sustainable.

Finding ways to promote alternative types of agriculture that support small farmers and farming techniques that don’t cause ecological devastation is one of the most urgent task the farming population faces.

The ingenuity and creativity of the American farmer, however, always offers reason for hope. As American agriculture continues to adapt to the changing times, locally-produced, organic foods that benefit both the land of the farmers and the health of the consumer should continue to see healthy growth.